Jobs that won’t Exist by Next 10 years

“Technology – a boon or a bane” This is a very old topic answered many times in many ways right from school essays, college debates. and group discussion for jobs. We have always closed into some kind of data that would suggest our leaning towards the boon or bane point of the topic.

Recently an article was published in the Forbes, that talked about the jobs that were non-existent a decade ago. It won’t be wrong to refer recent growth of new generation jobs to the technology that has emerged in the beginning of 21st century.

Some researchers who have studied this paradigm shift since the beginning of industrialisation period, suggest that there can be a rise in unemployment if people still carry on with current traditional way of education. A report suggested that 70% of Australians are studying for jobs that won’t exist by next few years and the major reason behind this is Internet of Things(IoT).

So, we went on to check out all those traditional jobs that might get lost in time and technology:

It is someone who was tasked to write live speeches, dictation, court reports, etc later to be typed and published or mailed. It was a job with great mastery over speed of writing and presence of mind with exemplary control over language.

Every big office would have one for sure and most of the journalist would be the best stenos or the ones who could write shorthand. But with audio video recording gadgets in place this job has lost its sheen but you can still find it in some of the Government offices. The last nail in the coffin can be attained to services like Google Voice that have ability to type what you speak, it can write as much as you want, just keep your pronunciation perfect.

A job that concerned with precision of counting notes. If we go by legends, some of the cashiers would easily take out the counterfeit note just by slight touch of it and some would tell of exact number of notes in a bundle just by seeing it. Even when note counting machines were introduced, they would compete with it and many would beat the machine.

This well decorated job would soon go away with as last task assigned to them is of a Cash Receiver. It is to be replaced by POS machines, online payment gateways and online wallets. People find it easy to pay with few taps on their mobile.

When was the last time you went to a library? Isn’t it a really hard question to answer, as today we get all the information by just googling it. Library was once the greatest source of information. Students would get all their research materials by diving into the books available.

A librarian was the manager of the library. They were suppose to know all about the books, authors, topics, etc. But nowadays no one visit a library, all go around Google or Wikipedia and gain all they want. Libraries have become museums and librarians as caretakers.

Most of us get really annoyed when we get calls for marketing. Even its is really troublesome to deal with a customer service representative who doesn’t know anything about the product problem you are talking about. Many in third world countries made a fortune out of getting these jobs sourced from America and Europe.

Those with best in communication and human tackling were chosen in the field. Many Hollywood movies showed it quite well, even one movie was named Outsourced.

This is supposed to be taken over by robots, who will handle all your queries without any sense of fatigue. The beginning of that era can be sensed with the launch of chatbots, who are programmed to answer your queries. These AI based robots have gone live on Facebook Messenger.

In the early 80s when there were hardly one or two phones in a community, mails were the best way to communicate and reach out. And when there was something urgent to be communicated people would use telegram, the old but by then the fastest way of communication. Postmen would become a member of a community who would know in and out of people’s happiness and sorrow.

This all took a jolt with telephone and now the internet. The last thing these still do is reaching out with formal mails from Government or its agencies and bringing you the online ordered products. Drones are being used by many for making out such deliveries and it’s not far when they would overtake these Postmen.

Darwin rightly said “It is not the strongest of the species that survive, nor the most intelligent, but the one most responsive to change.”

Technologies like internet, mobile, automation, robots, etc are changing the world for good and with that one has kept up its pace. Look out for a new skill in you because you have that something that no one has. 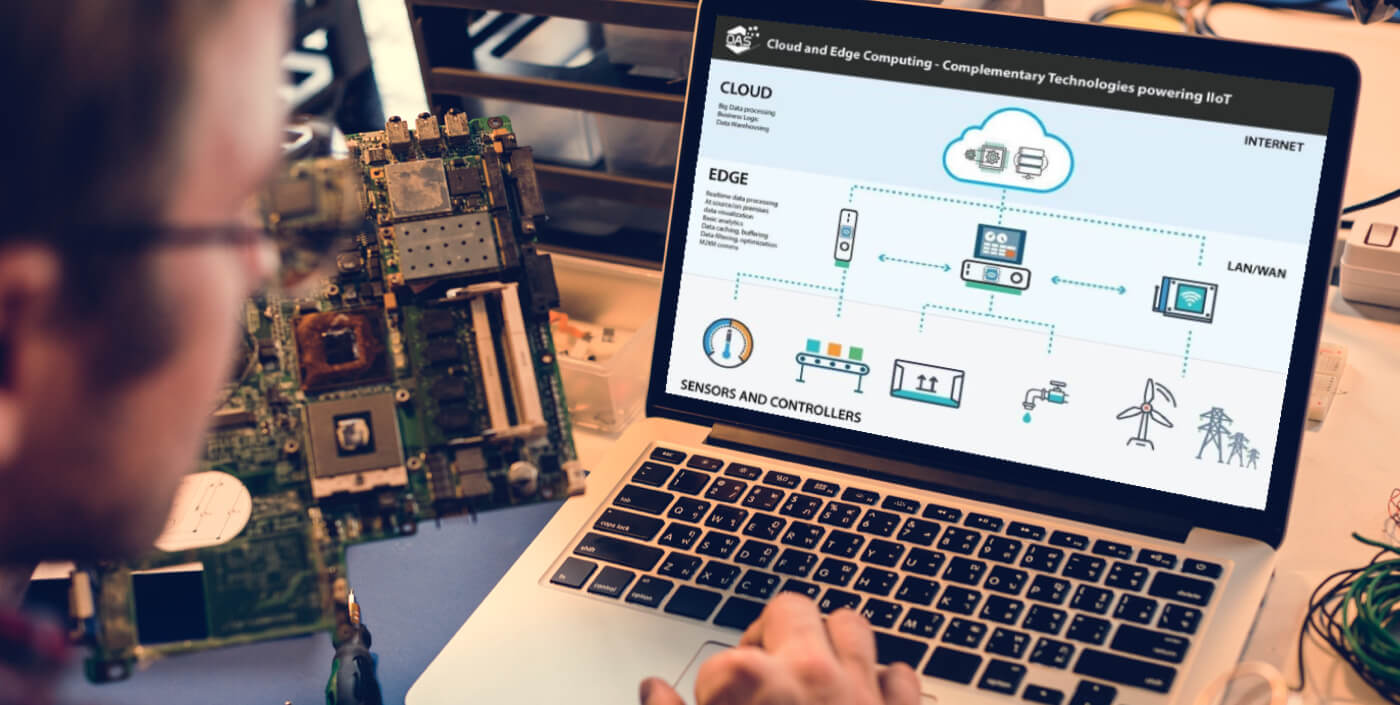 According to worldwide IoT forecasts, by the year 2020, edge computing or infrastructure will reach 18% of the total spend on IoT infrastructure. The spending pattern is based on deployment …

END_OF_DOCUMENT_TOKEN_TO_BE_REPLACED 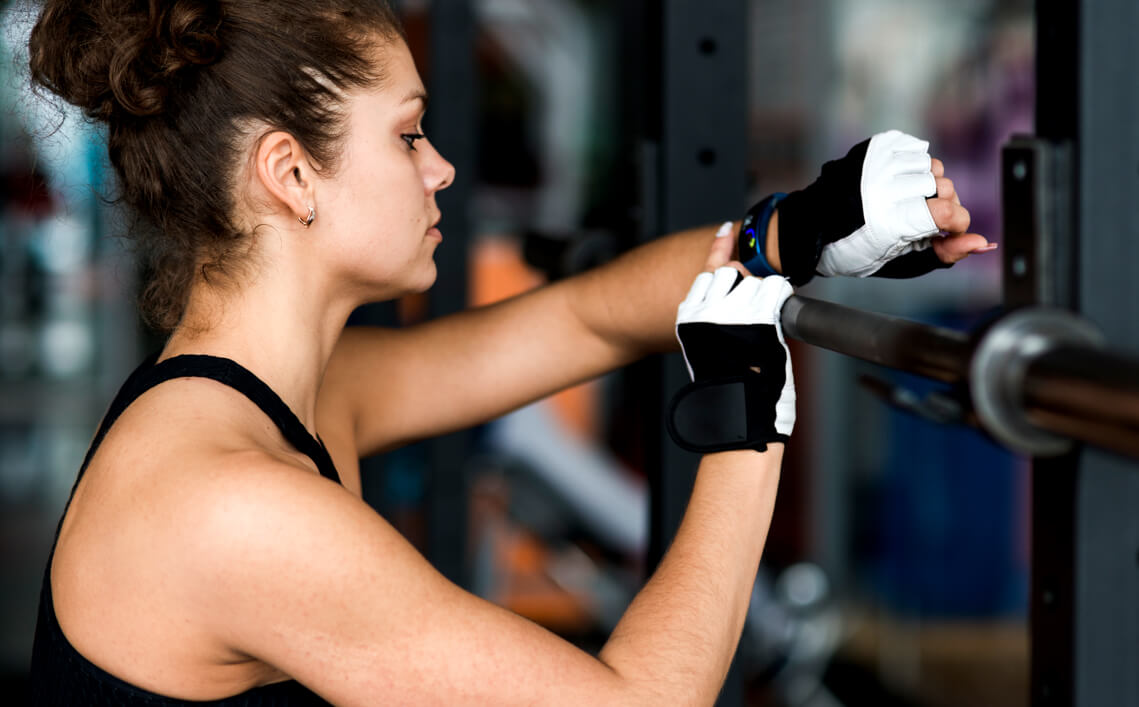 10 Wearables that track your Health

Every now and then we are relying oftenly on the gadgets to make our lives much easier and simpler. Wearables were most popular gadgets ever since they were envisioned. Towards …

END_OF_DOCUMENT_TOKEN_TO_BE_REPLACED

Key factors to be considered to plan your first IoT product

The Internet of Things (IoT) is often talked about as some distant future vision. Consumers dream about connected lives, journalists talks about how IoT will change the web. It might …

END_OF_DOCUMENT_TOKEN_TO_BE_REPLACED

IoT is amending almost every physical object that is surrounded by us in an ecosystem of connected things. From home to parking spaces, IoT based solutions are connecting more and …

END_OF_DOCUMENT_TOKEN_TO_BE_REPLACED

LetsNurture wishes you all a very happy new year. We hope you already have planned your new year resolutions. At LetsNurture, our employees surely have taken some innovative resolutions. We, …

END_OF_DOCUMENT_TOKEN_TO_BE_REPLACED

2016 was a year full of enthusiasm and excitement as there had been many achievements and memories to cherish. New technologies emerged with new challenges to zeast our capabilities a …

END_OF_DOCUMENT_TOKEN_TO_BE_REPLACED

How IoT wearables is trending in fashion with ‘smart shirt’

IoT is a vast technology to talk or write about. Internet of things as is self-explanatory term defines the technology where the daily objects are connected to internet. From connected …

END_OF_DOCUMENT_TOKEN_TO_BE_REPLACED

Why IoT solutions are trending in home appliances

The objects connected to the internet is termed as internet of things profoundly known as IoT. It has made its way to build any individual’s lifestyle in a better shape. …

END_OF_DOCUMENT_TOKEN_TO_BE_REPLACED

Ericsson predicts that by 2020, human population will grow to 7.6 billion, with almost 50 billion devices connected to the Internet. Not only the devices or smartphones but also the …

END_OF_DOCUMENT_TOKEN_TO_BE_REPLACED

As you all are aware Internet of Things or IoT lets you connect multiple devices within a network. All the connected device are either wireless transmitters or receivers of low-frequency …

END_OF_DOCUMENT_TOKEN_TO_BE_REPLACED

How IoT is booming the Food Industry through Restaurant Application

Internet of things is a concept of connecting everyday objects to the internet, allowing them to send and receive data. This concept has opened a door to humongous opportunities in …

END_OF_DOCUMENT_TOKEN_TO_BE_REPLACED

The concept of bridging the interaction between any physical object and internet is called IoT. It enables you to discover web pages associated with everyday objects and locations. The Physical …

END_OF_DOCUMENT_TOKEN_TO_BE_REPLACED

Imagine the world where you could remotely control your home appliances and switch it on or off. A place where you can control water pumps of your farm from far …

END_OF_DOCUMENT_TOKEN_TO_BE_REPLACED

Manufacturing is one of most complex engineering fields and bringing innovation into it makes things strenuous. The need for manufacturing organisations to be hyper-efficient while providing extreme flexibility with mass …

END_OF_DOCUMENT_TOKEN_TO_BE_REPLACED

Parking is not a problem that goes down with one particular city, its worldwide. Every metro city in every continent is struggling with rising number cars and shrinking parking area. …

END_OF_DOCUMENT_TOKEN_TO_BE_REPLACED

Securing IoT Devices in an Enterprise

Security is an issue that is faced at every corner of life. May it be the security of your vehicle, your home, your family or you. The security at your …

END_OF_DOCUMENT_TOKEN_TO_BE_REPLACED

After acquiring Nest Labs Inc. in 2014, Google had made it clear to its rivals that will surely be making its mark in the Home Automation sector. It later released …

END_OF_DOCUMENT_TOKEN_TO_BE_REPLACED

Recruiting Trends that will Leap Success

If we go by the theoretical evidence, the principles of F. W. Taylor, which were based on human production had sowed the seeds of Human Relations Movement. Later around mid …

END_OF_DOCUMENT_TOKEN_TO_BE_REPLACED

Most of us are familiar with the movie Minority Report, it showed how smart billboards (digital billboards) that display different ads depending on who is looking at them. At the …

END_OF_DOCUMENT_TOKEN_TO_BE_REPLACED

Real Time Operating Systems have created quite a buzz in recent IoT conferences. The most primary tech gadgets of till now – Computer and Smartphones are left out as the …