How much would it cost to develop a microblogging app like Tumblr?

Unless you have been living in a rock age, you most certainly might have heard about the microblogging platform, Tumblr. Due to its drastic rise to stardom, Tumblr is known to almost everyone. Soon after a year of its inception, Tumblr had grown by more than 900%, surpassing its greatest competitor, WordPress. 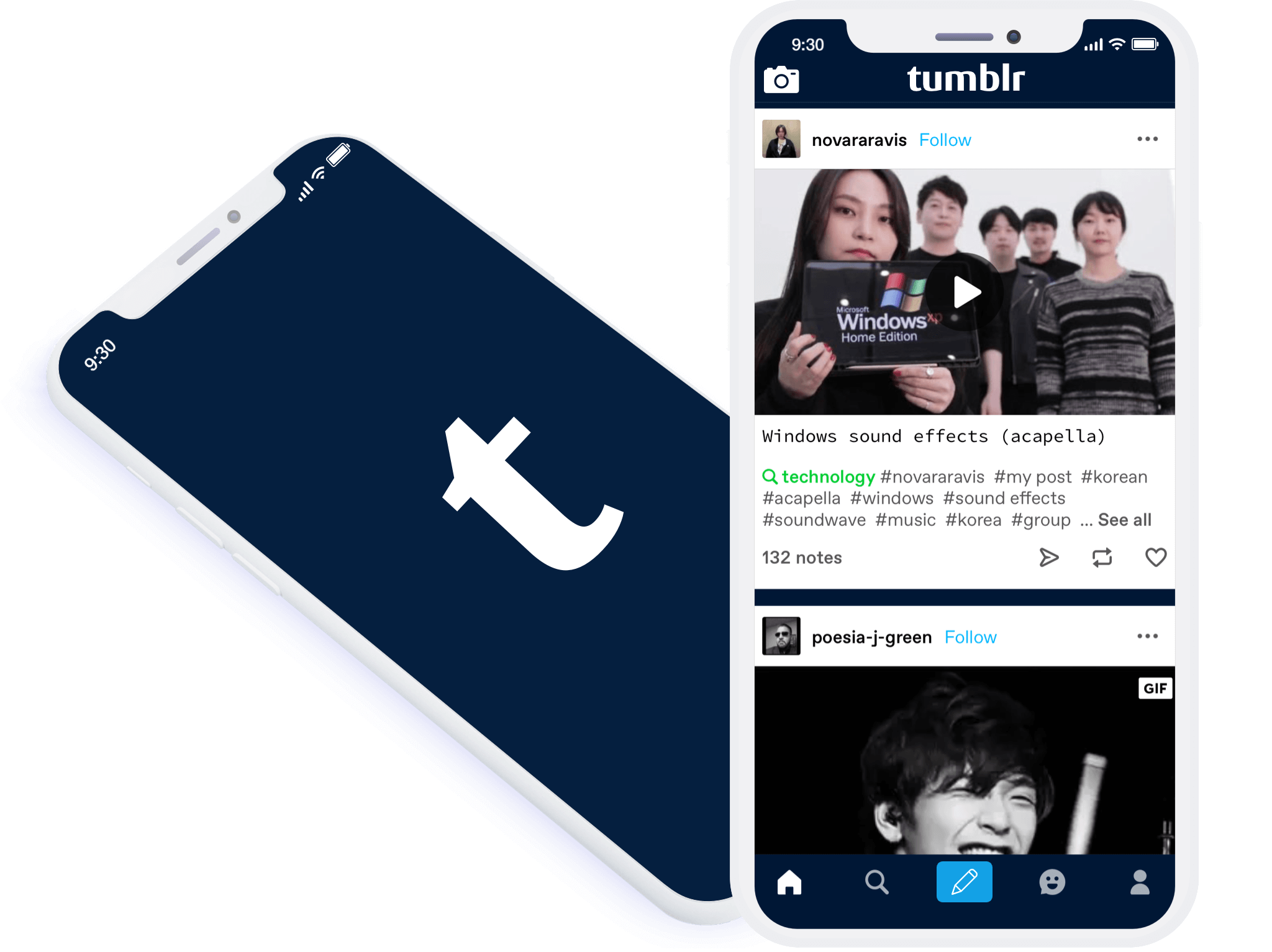 As of September 2020, Tumblr has around 293 million unique visitors from across the globe.

Tumblr is available in 18 languages.

Tumblr is a microblogging platform. In other words, it is a network of millions of user-generated, personal websites. One part of Tumblr acts as a blogging platform like WordPress and the other part acts as a social media networking platform that lets users create and post their original content. From photos and videos to links to other websites, users will be able to share a lot of things with their friends and followers.

Users can subscribe to unlimited pages as they like which will eventually show up in their new feed. In addition, users will be able to give “Notes” to other subscribers in various ways -- They can reblog the content they like on the user’s Tumblr site by either liking it or replying to it. Furthermore, authors can choose to post their Tumblr entries simultaneously or even link to them through other social media platforms like Instagram and Facebook. 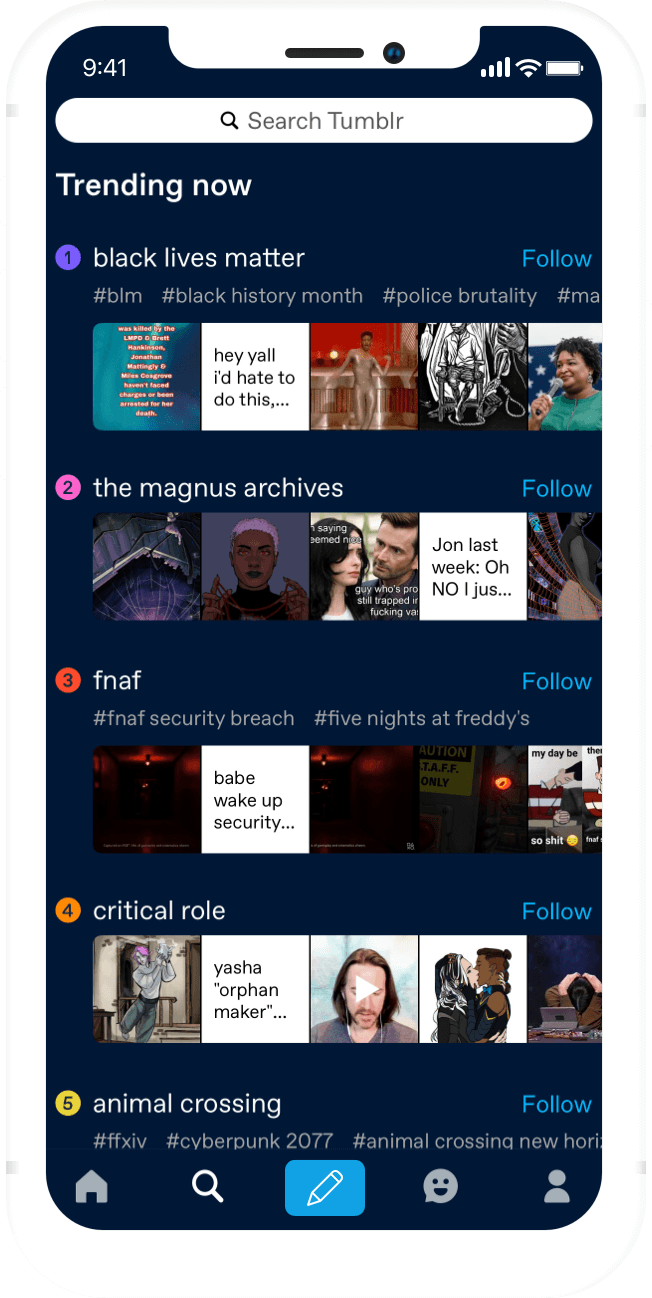 Your users can post premium contents by paying for subscriptions that can help with the monetisation of the platform.

We can build a platform which can allow your users to own their content and report any kind of violation to copyright.

We can allow your system to provide the best support for search engine optimization and social sharing which would not require any additional plugins or extensions.

For the successful mobile app development like Tumblr, you will need a team of professionals involving the following: 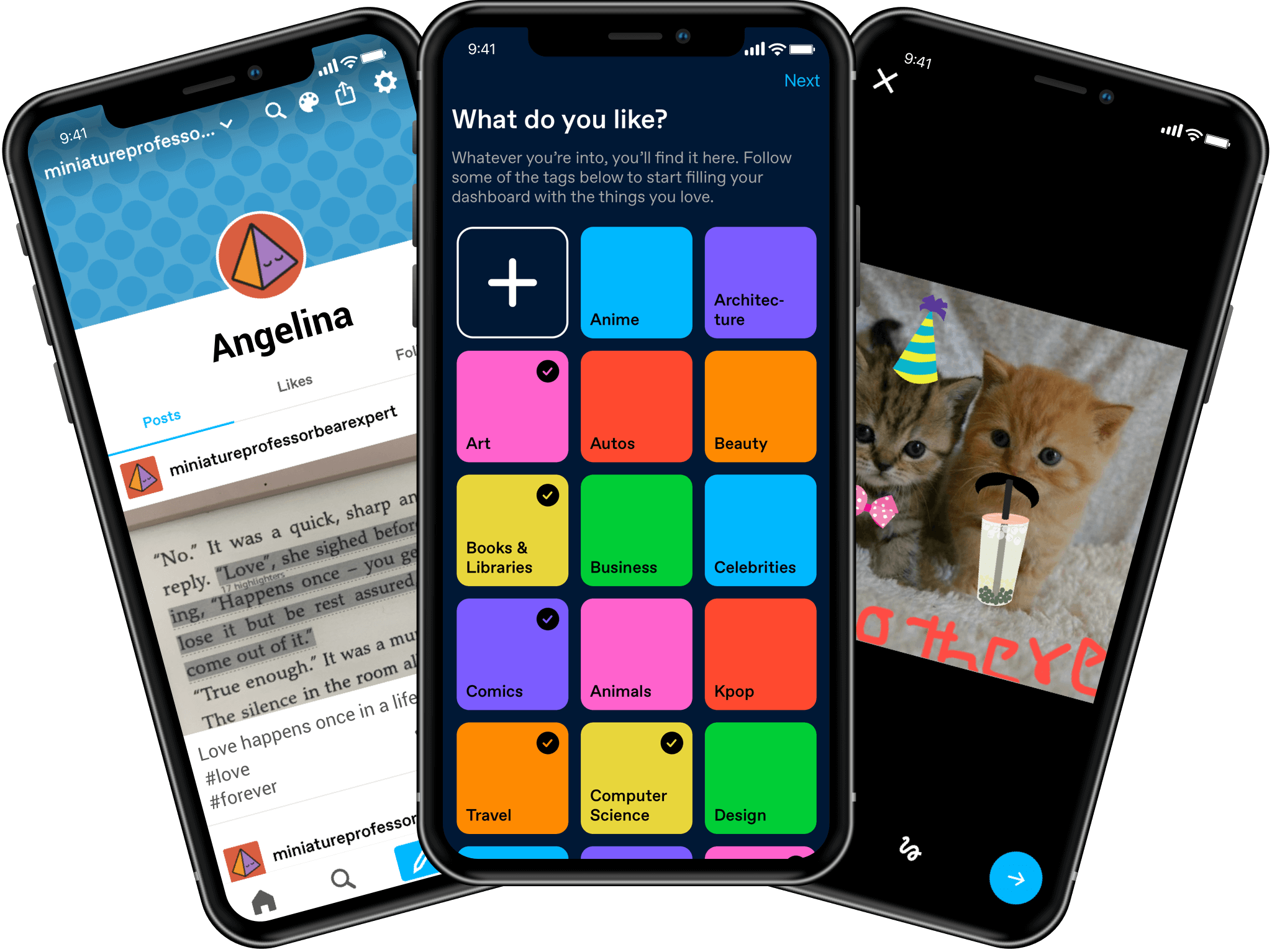 Can the system be developed as a desktop app?

Yes, we can develop an interactive desktop app that supports all types of OS versions.

Is it possible to add a reporting feature for the blog to avoid inappropriate content on the system?

Yes, we can develop the system in a way that the users can report inappropriate content on the system. The Admin can directly check, manage and deactivate the blogs and the respective users.

With Offline support, will the app function without the internet connection as well?

Can the application have a multilingual approach for both front-end and back-end?

Yes, we can integrate multiple languages for both front-end and back-end. We can use Google API for a multilingual approach that will be integrated by our expert developers and which will also save your time and cost too.

What will be the annual system maintenance cost once it is live?

We provide AMC (Annual Maintenance Contract) services on a case-to-case basis at 10% of Project cost.

Do you provide App Optimization and Marketing Services?

We have a dynamic digital marketing team that will do marketing for your app along with SEO and app optimization. This is an optional add-on that we can provide if required.

Have an !dea or need help with develop a microblogging app like Tumblr?

Back to Main Site

DISCLAIMER: This page is created solely for non-commercial and informational purposes. Let's Nurture does not claim or intend to claim any direct or indirect ownership of any third party materials or endure any benefit in relation to such third party materials which are forming a part of the content on this page.