In the future, a single device for all of our home entertainment consumption will become the norm. As global adoption of smart TV grows rapidly, a tipping point in the convergence process will occur whereby one platform could dominate the marketplace. The market for smart TV is still fragmented with different platforms presenting different developer environments and app marketplaces. Despite the perceived complexity, the dawn of smart TV represents a phenomenal opportunity for app developers and brands seeking to utilize the untapped potential of the platform.

Smart TV has the capability to become a leading form factor in this space, running your 3D DVD player, iTunes music library, games console, web browser and phone line. Altering the temperature of your living room or the depth of lighting via a tablet or smart TV will become the norm. The future is on-demand and giving consumers the ability to consume the content they want exactly when they want it. This makes the traditional broadcast model look particularly dated as we shift from a traditional schedule based viewing system to on-demand services.

Another factor driving the growth in smart TV adoption is the use of integrated social media services. The rather ironically termed phrase ‘social TV’ could be the key ingredient in driving demand and adoption of wider smart TV services. Imagine watching X Factor and using your iPad to discuss the show via Facebook with your friends. Imagine watching Sky Sports and tweeting live to your followers via your smart TV as events unfold. It’s like a private club where you and your friends can hang out and share content privately from remote geographical locations. All from the comfort of your lazy boy chair.

Many have also predicted that smart TV could be a leapfrogging technology. In many parts of Africa, infrastructure has been equipped to deal with latest cellular mobile technology. In this context it is utterly conceivable that developing economies will skip purchasing tablets and phones and just head straight for the smart TV. Demand for smart TV services could see a massive boost where there is a low existing rate of tablet/mobile device ownership and Internet adoption.

In 2007, the first generation Apple TV was released. A year later, the iPhone App Store was launched with only 500 apps. That number has grown to well over a million apps in just seven years.
ave an App Store, it’s where the iPhone was back in 2008: open to third-party applications.
Apple recently unveiled the new Apple TV during its September 9 Special Event. The new set-top box is more than just a DVR or an Android TV rival, it goes beyond ordinary TV functionalities to make old televisions cool again. What makes this new model of Apple TV special is the separate operating system that powers up the device, Apple call it the tvOS.
The main idea of the tvOS is to make the Apple TV capable of more than just playing videos and movies, but also to enable more advanced functions such as a built-in app store, deep integration with Siri, and, more importantly, to bring console-quality video games to Apple TV platform.
Apple also wants mobile app developers to create apps and games specifically for the Apple TV. To make this possible, the company has released the tvOS SDK, which comes with all the necessary tools and APIs to help get started quickly. Basically, Apple plans to turn tvOS into an entirely new platform for entertainment.

In addition to the gorgeously clean user interface, which comes with smooth transition effects, beautiful icons, and a sleek new main menu, the tvOS brings many more brilliant features to the new Apple TV.

The long-awaited overhaul to Apple TV is centred on Apple’s vision that apps are the future of television. The biggest new feature of the Apple TV is its new App Store.
In conjunction with the launch of the tvOS Operating System, the newly built-in App Store allows Apple and third-party developers to expand Apple TV’s software ecosystem and widen its core functionality.

tvOS introduces apps exclusive to the new Apple TV. Users will be able to browse and install apps from the Apple TV App Store. Some of the available apps include Gilt, Airbnb, and Zillow.

Apple has made games a primary selling point of its new Apple TV product. This is not surprising when you consider that many of the components necessary for an innovative game experience will come with the device, including the new Siri remote and an App Store to buy and download games. Furthermore, Apple has already had unexpected success in the mobile gaming sector with Games being the top category of apps for both iPhone and iPad.
Not only you can play games on Apple TV, but your friends can also join in for multiplayer games using their iOS devices. Rayman Adventures, Galaxy On Fire, Guitar Hero and Disney Infinity (Star Wars) are only a few of the games available at launch.

HomeKit is Apple’s framework for home automation. tvOS will come pre-loaded with HomeKit to allow other HomeKit accessories to function with the new Apple TV in the future.

The new iPhone 6s now supports 4K video recording. You can stream them on your TV through the Apple TV, but only at 1080p.

The new Apple TV packs a powerful A8 chip with high-quality graphics, including iOS 9’s Metal technology that creates highly detailed graphics and visual effects. New and improved Siri Remote also has a built-in accelerometer and a gyroscope, which will allow developers to create advanced video games and apps to function with gestures and the touch screen on the remote’s surface. Developers will get a chance to experiment with these features to create, not just games, but brand new experiences for the Apple TV.

Search With Your Voice – The New Siri Remote

The new Apple TV provides a ‘hands-on’ approach to interacting with television using Siri, Apple’s personal assistant technology. The new Siri touch remote allows viewers to shop, listen to music, and search for shows or movies based on vague descriptions. For example, saying ‘Find the best funny movies from the ‘90s’ will see Siri searching through all the apps installed on the box, before displaying all the results.

Thanks to the new Siri Remote and the power of tvOS, now you can browse movies, search for TV shows, open apps, ask for weather and do a lot more using voice commands.

Comparing all the great features of Apple’s tvOS makes Google’s Android TV look a little outdated. While Android TV include several similar functions to tvOS, such as voice search and gaming, Apple’s tvOS brings a smoother and a unique experience, especially with its Siri Remote/game controller and the dedicated platform for exclusive Apple TV apps.

Clearly, the new Apple TV is the new winner. However, Google will soon catch up to offer more features with Android TV and we will definitely get to see a close battle between the two tech giants in the near future.

END_OF_DOCUMENT_TOKEN_TO_BE_REPLACED

Internal Storage is one of the common issues right now for iPhone users. The most annoying notification ‘Storage Almost Full: you can manage your storage in Settings’ on your iPhone.Full …

END_OF_DOCUMENT_TOKEN_TO_BE_REPLACED

In this booming rise of smartphones all over the world has resulted in a surge in the number of apps that people are using. Google houses 2.2 million apps in …

END_OF_DOCUMENT_TOKEN_TO_BE_REPLACED

LetsNurture wishes you all a very happy new year. We hope you already have planned your new year resolutions. At LetsNurture, our employees surely have taken some innovative resolutions. We, …

END_OF_DOCUMENT_TOKEN_TO_BE_REPLACED 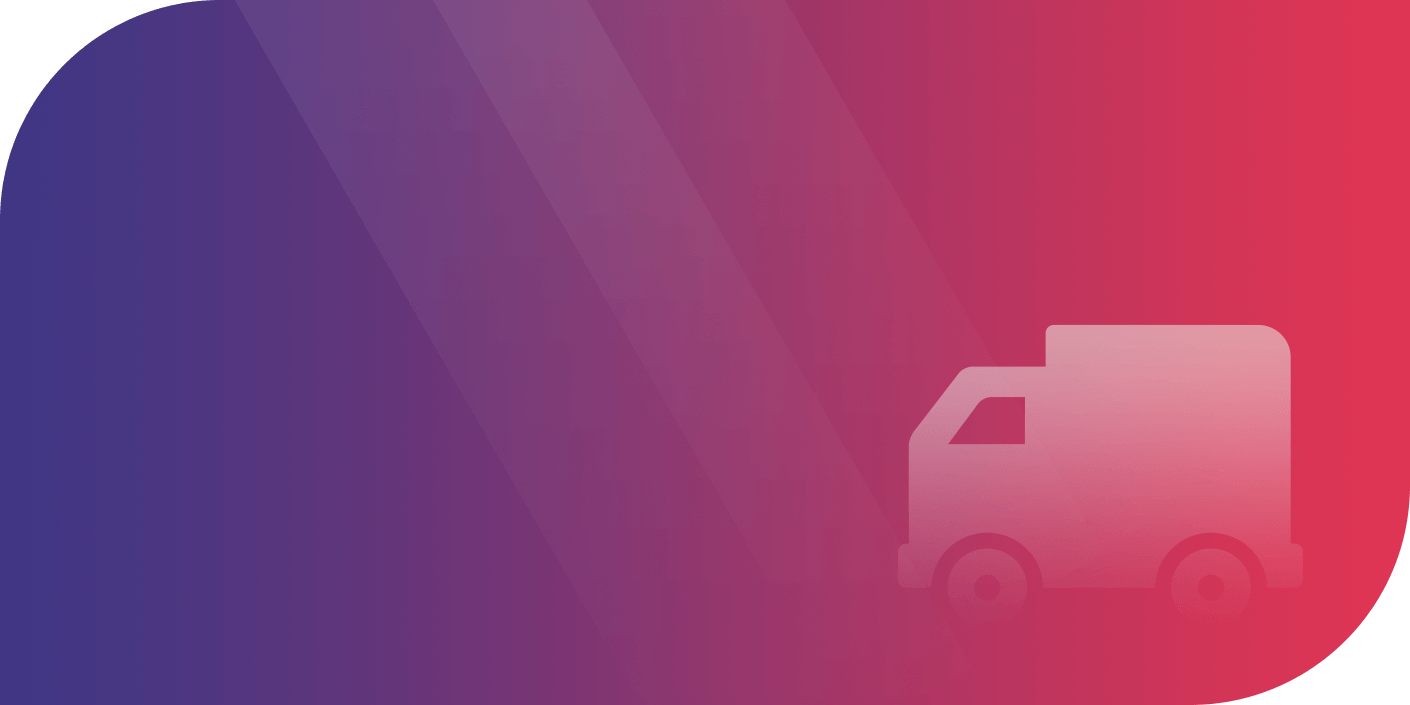 Importance of Prototype in the Success Stories

It is well said that to reach the bright success, one needs to climb every step carefully without taking a short-cut. Short-cut always leads to failure at one or other …

END_OF_DOCUMENT_TOKEN_TO_BE_REPLACED

Who would not want to save money? People are always looking for products or solutions that can help them effectively spend their money. Well, for the businesses, it is an …

END_OF_DOCUMENT_TOKEN_TO_BE_REPLACED

iMessage Extension for numerous chats and much more

The development of iOS10 has made the iPhone users happy by introducing interactive features. ‘Express yourself in bold new ways in Messages. Relive memories like never before in Photos. And …

END_OF_DOCUMENT_TOKEN_TO_BE_REPLACED

Hybrid vs Native ? No More Confusion !!

Should I get my app developed using native or hybrid technology? If you are in IT industry, you would have come across this question more often. Non-technical entrepreneurs go crazy …

END_OF_DOCUMENT_TOKEN_TO_BE_REPLACED

Parents need to do everything possible to verify their kids are healthy and secure from preventable sicknesses. Immunization is the most ideal approach to do that. Vaccination is critical for …

END_OF_DOCUMENT_TOKEN_TO_BE_REPLACED

200 Beacons Will Be Straightened Across 8 UK Airports

200 Beacons will be straightened across UK’s major airport to render well-timed and targeted notification to their passengers on the mobile devices. Mobile Payment Technologies programmer Proxama features joined together …

END_OF_DOCUMENT_TOKEN_TO_BE_REPLACED

Let Your Kids to Identify Color by own through Color Book App! Now Available on Windows Phone

END_OF_DOCUMENT_TOKEN_TO_BE_REPLACED

Kids are always curious about to learn new things. They always make surprise us by their imaginary questions and it is hard to explain them orally like about fruits name, …

END_OF_DOCUMENT_TOKEN_TO_BE_REPLACED

Donations and contributions have essential impact of a human’s life. And it is alleged to say that Blood donation is the precious donation in World because we can save some …

END_OF_DOCUMENT_TOKEN_TO_BE_REPLACED 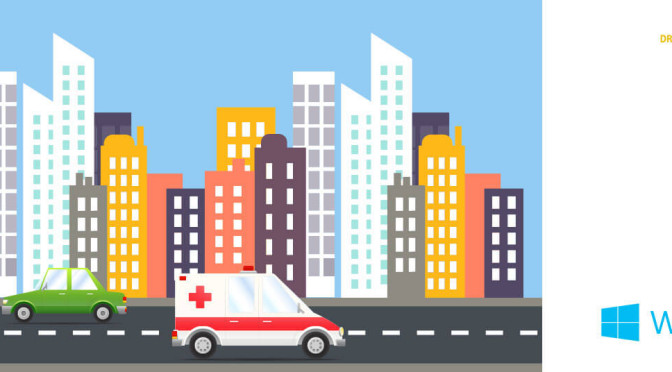 There are few but important reasons of having Driving License in a human life. It distinguishes you as an authorized driver the first and most imperative motivation behind your driver’s …

END_OF_DOCUMENT_TOKEN_TO_BE_REPLACED

India on the verge of Mobile Revolution

India has witnessed tremendous growth on mobile Internet. As being a website development and mobile application development company, we have been closely looking at the number of Mobile Internet users …

END_OF_DOCUMENT_TOKEN_TO_BE_REPLACED

Here is hoping that you enjoyed our last post cause today we are back with another handy cross platform development tool. Yes we are going to get our feelers into …

END_OF_DOCUMENT_TOKEN_TO_BE_REPLACED

So now you will learn how to get Geo-coordinates from strings using Google’s maps API. Since you guys are kind of a newbie you have to learn a little something …