The market of voice enabled technology is dominating over the keyboard technology due to three biggest IT companies – Google, Amazon and Apple. The first was Amazon Alexa with it’s Amazon Echo smart AI software. Next was google home speaker powered by google assistant. These two companies were just gearing up with their respective voice enabled softwares. Meanwhile Apple came up with Apple HomePod with Siri engraved in it’s device.

Now question arises – who will lead the voice enabled technology? Or they all will run along with each other and electrify the future of AI and IoT based solutions and technology.

What makes a smart speaker “smart”? It needs to have the ability to control it with your voice, an integrated smart assistant and a streaming music provider. All of those, requirements are met by way of each Amazon alexa and Apple HomePod. But they have their own monopolies lying beside which make them friendly competitors.

Initially HomePod is going to release in US, UK and Australia on 9 February which will cost $349 in US and £319 in the UK. At the same time Amazon Alexa which has already released costs £149.99 in UK. Apple is offering HomePod which is far expensive than Amazon’s device.

It is true that apple has offered quality audio of all the time but Amazon is the one who is already offering the voice enabled technology since November 2014. Apple keeps Amazon behind in terms of multi room support. Though amazon supports multiple echos and Echo dot technology.

Apple has always dominated over design of any devices launched by them. The HomePod has curious design with glossy top. Though full design is not revealed yet but the expectations are very high from the lovers of Apple.

While Amazon Alexa has simple cylindrical design though looks cool than regular speakers. It has blue Alexa rim with two buttons on top. At last it’s all about how smartly these devices work.

Your conversation starts after spelling “Alexa” to Echo while it’s “Hey Siri” to start with HomePod. For Echo you are interacting with Amazon’s assistant Alexa and for HomePod interaction takes place with Apple’s Siri.

For now it is considered that Alexa will lead the HomePod as it has many third party app integrations already available and wide range of Alexa Skills development opportunities but nothing can be said until apple hits the board.

Response towards voice commands by Alexa is just a blessing! Make a voice to Echo and it will control any of the Alexa enabled home devices like switching lights, thermostats, curtains etc. Some other ecosystem requires “middle-man” app to complete the command which will be eradicated in Echo plus.

Obviously, Apple will lack skills initially and won’t prove to be a good competitor as it is too late to enter the smart home speaker club. Everything can be revealed only after the shipping of HomePod.

Amazon has more than thousand skills which takes over HomePod right now. All thanks to Amazon’s rich SDK which is used by third party developers.

For now, Alexa and HomePod both can add task to your calendar, create a shopping list, a to-do list, checking flight status and tracking a package. But right now only Echo can do things like order a pizza, call an Uber, play a game like Jeopardy.

As for now, the Echo and HomePod are tied when it comes to smart home integration. Echo helps products from Nest, Ecobee, SmartThings, Wink, Insteon, Belkin WeMo, Philips Hue, Lifx, Big Ass Fans, IFTTT, other smart home gadgets through its skills. While HomePod additionally supports devices from most of those manufacturers through its HomeKit platform.

Basically, Echo came with less attractive design but offered features which are great in both numbers and awesomeness. It has casted the widest net in terms of compatibility, with more ability, devices and skills.

While speaking of HomePod, you can go with it if you are audio concerned. But it is sure it will not provide you much skills as Alexa is doing right now. But then time is the player.

Right now, the title of the winner can be given to Amazon Alexa Echo and let us wait upto the launching of Apple HomePod and we will see how it works with Apple’s Siri!

LetsNurture, a leading IT Outsourcing company in Ahmedabad, plied its trade in custom mobile app development, Chatbot development and much more. We at LetsNurture have expertise in cool Alexa skills development and we already have launched our in-house Let’s Nurture news app. (You can download it from here: http://amzn.to/2noZflM)

If you wish to develop your custom Alexa skills then it’s not too late, share your idea  and get a quote after free consultation with us. 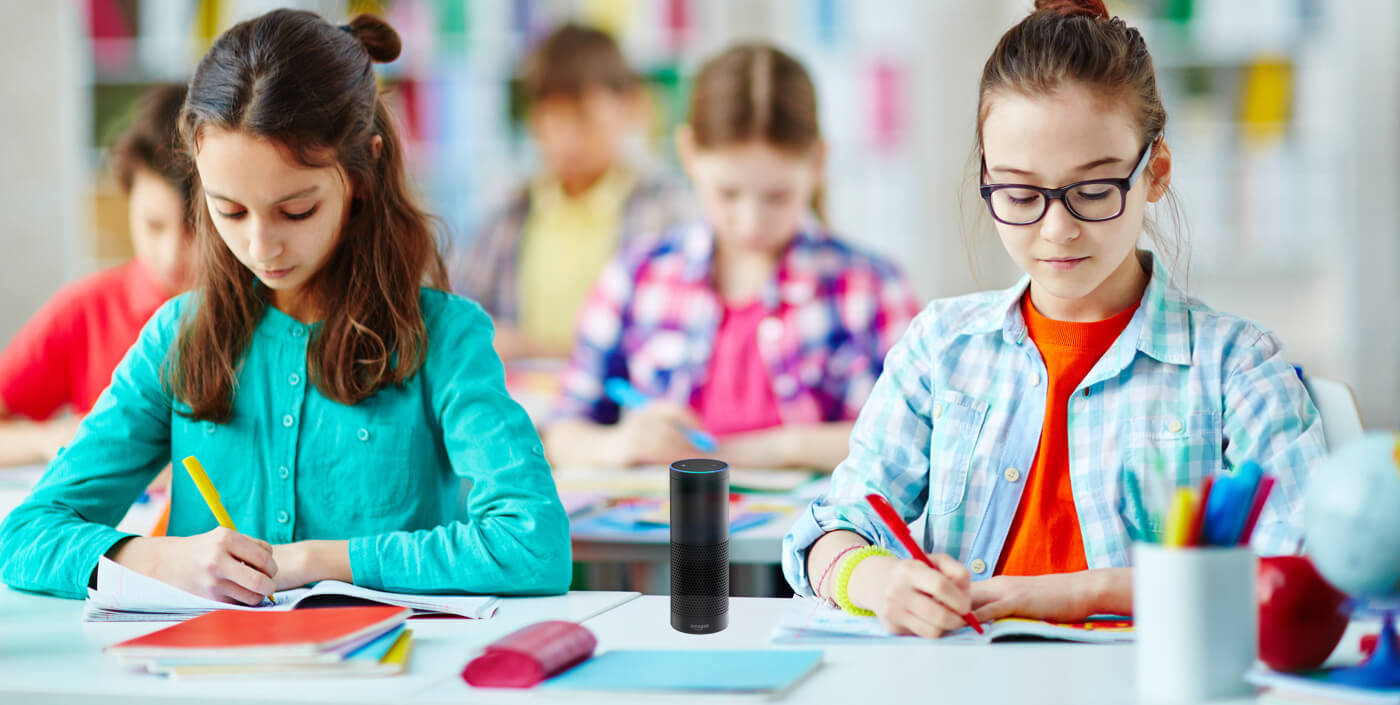 How Alexa Can Impact Education?

END_OF_DOCUMENT_TOKEN_TO_BE_REPLACED 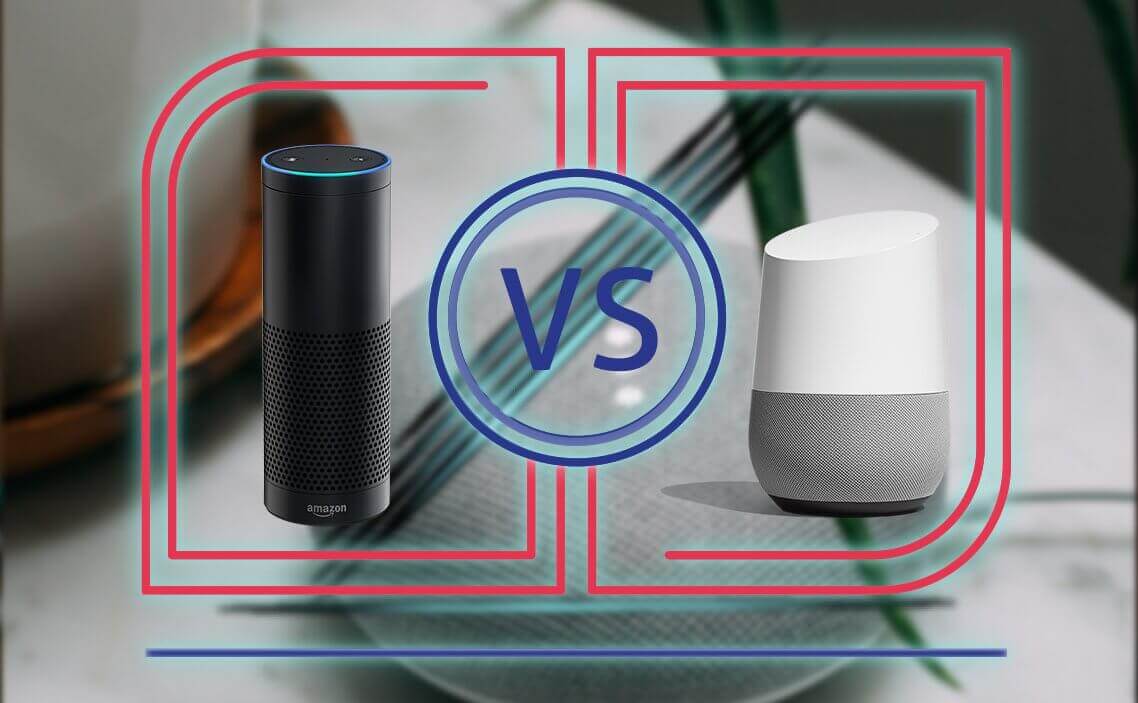 Amazon Echo vs Google Home : Who wins the battle of the best voice-enabled technology?

The market for voice-enabled home devices is overwhelming over console technology due to three IT giants – Apple, Google and Amazon. From news reports, asking dumb questions, playing music, to …

END_OF_DOCUMENT_TOKEN_TO_BE_REPLACED

How Voice Enabled devices are set to dominate your life in 2018?